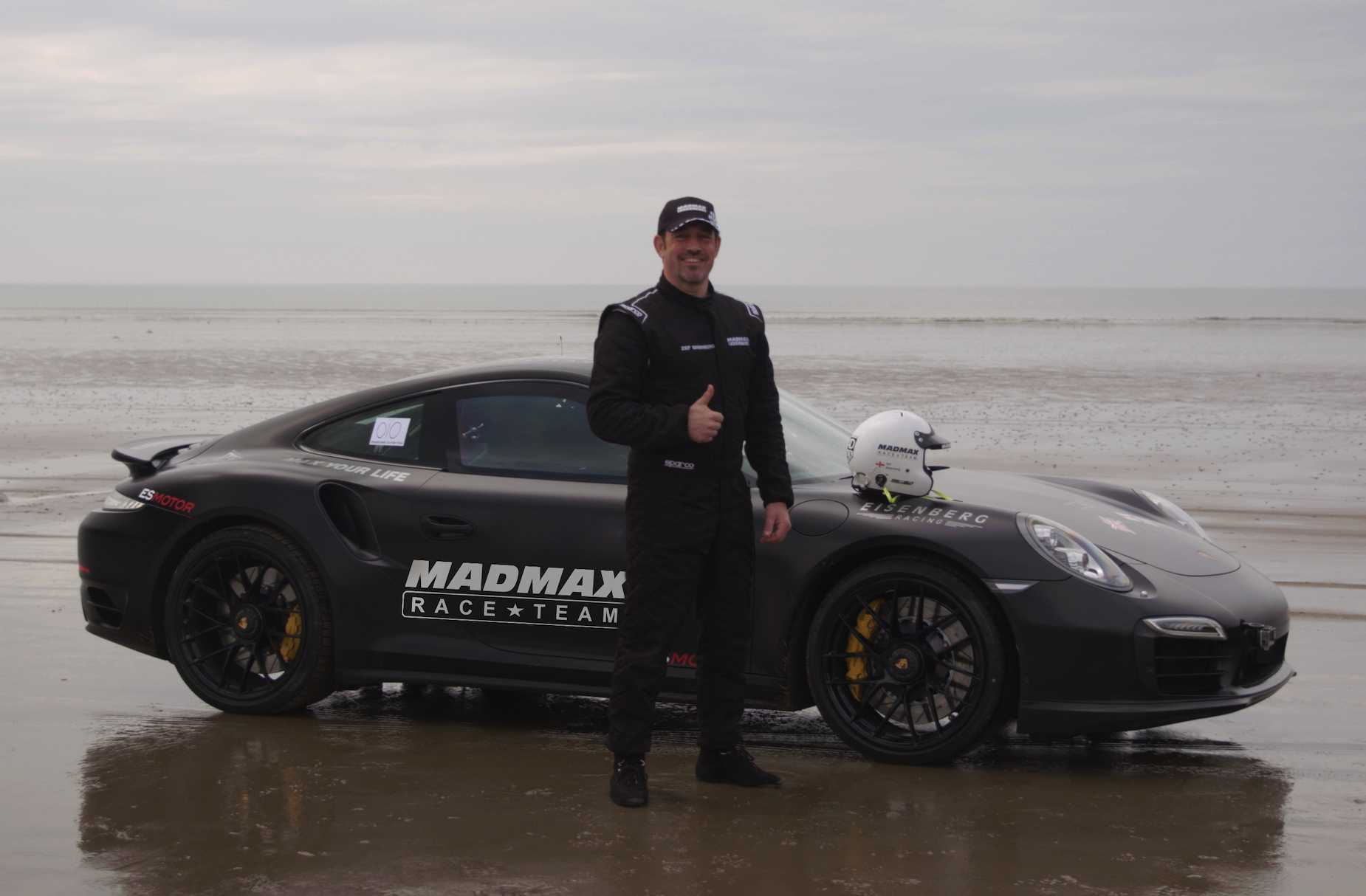 ‘Speed Freak’ Zef Eisenberg became the fastest person to ever drive a car on sand, clocking up 210.33 mph on a run at Pendine Sands in Wales. In May 2018, Eisenberg broke the land-speed record for a motorbike on sand, reaching 201.5 mph at the same location… but on Saturday 18th May, the 46 year-old went much better.

On Zef’s 3rd run, he upped the power and was clocked on the GPS at 215mph (344kmh) 1/4 mile before the finish line, but the car lost traction, resulting in a multiple 360 spin at over 200mph for 1/2mile. The car stayed upright, zef was fine… but the limit of power v traction had been found…. so off to the pub the MADMAX Race Team went to celebrate their wins!